In this week’s episode we are discussing StarCraft 2, Kane & Lynch 2, Rachet & Clank: A Crack In Time and a new iPhone game from listener CeeCee.

StarCraft2 – Nicole, Stephanie: Buy It; Kim technically bought it for her husband but in the end Skips It
Rachet & Clank: A Crack In Time – Nicole: Rent It

StarCraft2 Articles for Noobs –10 Noob tips , Learning your hotkeys and 10 reasons why StarCraft 2 will completely take over your life.

Thanks Starman for the awesome classic video game iPhone wallpapers!

We talk about why female heroes were dropped from a game at Activision.

RDR first pay DLC is releasing Aug 10th called Legends & Killers! No new CO-OP in this DLC (which is what I’m playing lately) – it’s all multiplayer additions including Escalera town fighting and Tall Trees snowy area. Repentance Rock showcases the new weapon, the tomahawk which allows you to stay hidden on the map while you take down an opponent.

Bargain Buys!
A wonderful puzzle adventure game called Machinarium is 75% off till Aug 12 ($5!!!) Get it!

Kindle now has a game center with 2 free word games

Listener CeeCee sent in an iphone/ipad recommendation called Arachnophilia, you play as a spider building a web to catch bugs.

Steph downloaded HighbornHD for the ipad. It’s a turn based game with a lot of the humor of Deathspank. Very clean graphics. $2.99 during initial release.

WoW Talk
Not much news in WoW this week, but we discuss how to keep the game fresh while waiting for the expansion.

Nicole, Kim & Stephanie will be giving out LoL stickers (thanks StickyLife!) at DragonCon in September, but if you can’t make it, you can also buy them at Nicole & Marc’s store they set up for their other site The Wood Whisperer. Check outStickyLife if you are looking to get your very own awesome stickers made. Use the discount code LADIESOFLEET and you will get 25% off your entire order! 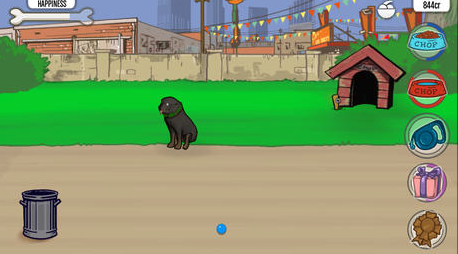